The research conducted showed that there is a problem of insufficient supply of calcium in the diet in relation to the recommended nutritional norms. Synthetic calcium carbonate is characterized by low bioavailability, which is why natural sources are sought for. Recently, preparations obtained from external skeletons of marine organisms have been gaining increasing popularity. However, this source has disadvantages, such as relatively high production costs, limited availability for the Polish market and the danger of heavy metals accumulation such as mercury, cadmium and lead.

An alternative source of natural calcium carbonate appears to be crusts of chicken eggs. In addition to the high content of calcium in a well-absorbed form, the shells contain also other valuable bioelements, including strontium, which has a positive effect on bone metabolism.

Egg shells are one of the best sources of calcium, which is absorbed by the body in about 90%. In addition to calcium in the shell are contained all the necessary microelements for the body: zinc, iron, fluorine, sulfur, silicon, molybdenum – a total of over 25. The composition of the shell is very similar to the composition of bones and teeth. It was noticed that in children and adults, the administration of shells had positive results in the fragility of nails, hair, bleeding gums, constipation, chronic runny nose, and asthma. As it turned out, the egg shell not only strengthens the bone tissue, but also removes radioactive elements from the body. Excellent effects of egg shells bring in the treatment and prevention of osteoporosis. The method of applying the shell is simple, it does not require high costs.

In an adult, the need for calcium is 1000 mg per day. Ground and sterilized shells should be used in an amount of 0.5 to 1 g per day. Children – half the smaller portion. You can eat them adding to groats or curd.

It is beneficial to perform 2 times a year for 2-3 weeks of treatment.

Even our grandmothers used egg shells as an effective means of folk medicine for cough, runny nose, sore throat and flu. For example, summer milk with a teaspoon of honey and a shredded shell was used for rhinitis and cough. To cure a sore throat and support the fight against influenza, shell powder was used along with a spoon of butter, fresh egg and honey.

All women are aware of the benefits of proteins and yolks, sometimes using them as different masks. But not many people know that egg meal can be used with no less success for cosmetic purposes. It is an excellent remedy for narrowing the pores of the skin and preventing greasiness. Preparation of the mask is easy: just apply the powder mixed with water from the shells to dry skin. After the creation of the shell, you can rinse with warm water and apply a nourishing cream. The treatment does not last long, and the effect is clear and fast.

Adding a small amount of crushed crusts before brewing to ground coffee will make it taste less bitter. Leeks with egg shells can be used as an additive to compost increasing its pH.

Click the following to go to the right place:

Top of the page 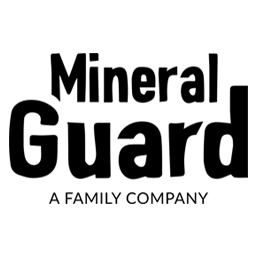